Tom Hodges: The Importance of Discipline and Going Big or Going Home I recently had a chance to ask some of my old friends and distributors to contribute a guest article to my blog. “What do you want us to write about?” they asked. “How about something you’ve learned in our years working together?” I said. This week’s article is from my friend, Tom Hodges.

I’ve always prided myself on having discipline, leading by example, and never asking anyone to do anything I wouldn’t do myself. And I saw that in action whenever I spent time with David Marshall. He worked hard, and expected others to work hard, but he made difficult things fun. He went all out and treated everyone like stars.

I remember once when David and I were setting up a new distributor in Houston for one of Robroy’s product lines. It would have been a normal day with us giving a presentation and answering a few questions. Except David had had emergency surgery a few days before the meeting. I assumed we would change the date of the meeting, except he said “No, I’m coming.”

The day of the meeting, he showed up at my office in a limo with a driver. When I looked in the back, I saw that they had made a bed for him. Apparently he was still in tremendous pain from the surgery, so he would lay in the back for the entire two-hour trip from his home to Houston. The driver told me that every time he hit a bump, David would groan in pain.

We rode to the meeting site where David was expected to speak in front of 40 – 50 people. We propped him up with a stool so he could lean and look normal. He did mention that he’d had surgery, and that he was fine, except he wasn’t, but you couldn’t tell. 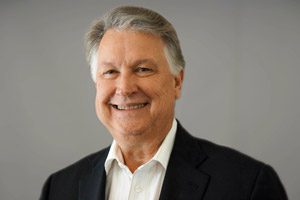 He did his 90-minute presentation, answered some questions, and they drove me back to my office. I suggested we get him a hotel room so he could rest and recuperate for a night, but the driver said, “he probably didn’t tell you, but I’m taking him from Houston to Midland for an oil company board meeting.” (That’s about a 7.5-hour drive.)

Now, he never asked me to speak in front of 50 people just a few days after surgery, but I know if he ever expected me to do it, it’s because he did it himself.

I met Nolan Ryan once

Another great thing about knowing David Marshall is that he had access to some famous people and would arrange for us to meet them.

I remember meeting Gene Cernan, the last man to walk on the moon, at a dinner David hosted. We chatted about his experiences, and it turned out Gene lived within a mile of my house in Houston.

Another time, David was holding a dinner for a group of us at The Mansion, one of the luxury hotels in Dallas. There were six or eight of us, and David said he had arranged for a surprise guest at dinner. As we sat down, in walked Roger Staubach, the famous Dallas Cowboys quarterback from the 1970s.

Roger said, “I hope you don’t mind, but I brought along a friend of mine.” His friend was famed pitcher Nolan Ryan, who threw for the Houston Astros and Texas Rangers. So the entire group got to have dinner with two famous Texas athletes and they told stories the entire night. As someone who loved Texas sports, you couldn’t have asked for a better night.

(I even got to tell my own story about that dinner. The very next night, I was at a meeting and talking with someone when the subject of baseball camp came up. I said, “just out of coincidence, I had dinner with Nolan Ryan last night.” The other guy was so impressed, he asked if I owned part of the team. I said, “no, I just happened to be at a small dinner with him. Roger Staubach brought him along.”)

David was known for this kind of thing, because it made difficult events so much more enjoyable and fun. We’d have difficult meetings or long and dry sales meetings all day long, and then he would make sure we had a fun night for dinner. Once he even arranged for us to fly simulators at Southwest Airlines’s training facility before we went out for dinner.

The lesson I learned from all of this is that you have to mix up work and fun. If you’re going to work your tail off, you have to have some fun too, otherwise people will burn out.

He knew he couldn’t force his reps to just give their time, so he earned it by giving us great experiences. And we would give him a disproportionate amount of our time because he always treated us well. He made it fun, made it different, and made us want to win with him.

If I learned anything from David Marshall, it was that work was sometimes hard — painful even — but if you worked hard, you deserved to have some fun. That’s a lesson I shared with my own company and it’s how I treated my own people.